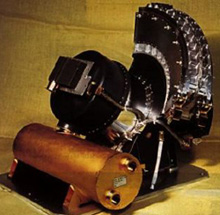 One main goal of the Ulysses mission is to test the solar wind. Scientists are really interested in the wind coming from the north and south poles of the Sun. Solar wind is made up of particles that come flying away from the Sun.

Scientists are using the SWICS instrument to measure the temperature and speed of the solar wind. SWICS stands for Solar Wind Ion Composition instrument.

One interesting fact about the SWICS instrument is that it measures solar wind ions of speeds ranging from 175 km/s to 1280 km/s. Compare these to the speed of Ulysses, the fastest space probe which is travelling at 11.3 km/s!