Vector-borne diseases are transmitted typically by the bite of an infected arthropod. The arthropod could be something rather familiar like a mosquito, tick, or black fly. Or it might be a less familiar species such as an African Tsetse fly or copepod. These arthropods that carry and transmit diseases are known as vectors. Other non-arthropod vectors can include rodents such as rats, certain bats, a species of aquatic snail, and several species of wild birds. Different vectors carry different diseases such as malaria, dengue, encephalitis, African sleeping sickness, and yellow fever.

In general, climate plays an important role in the seasonal pattern or temporal distribution of diseases that are carried and transmitted through vectors because the vector animals often thrive in particular climate conditions. For example, warm and wet environments are excellent places for mosquitoes to breed. If those breeding mosquitoes happen to be a species that can transmit disease and if there is an infected population in the region, then the disease is more likely to spread in that area. Because they are sensitive to climate, the distribution and number of vectors is also affected by climate change. According to the IPCC Forth Assessment Report, climate change has already altered the distribution of some disease vectors. There is evidence that the geographic range of ticks and mosquitoes that carry disease has changed in response to climate change. Ticks have extended their range north in Sweden and Canada and into higher altitudes in the Czech Republic. While future climate change is expected to continue to alter the distribution of disease vectors, it is important to recognize that there are several other factors (such as changes in land use, population density, and human behavior) that can also change the distribution of disease vectors as well as the extent of infection.

Examples of two diseases transmitted via vectors, malaria and dengue, and the potential impacts of climate change on each are described below.

Malaria is caused by a parasite called Plasmodium falciparum and is transmitted by Anopheles mosquitoes (pictured above). When an Anopheles mosquito bites a person infected with the malaria parasite, the mosquito becomes a carrier of the disease. When that mosquito bites another person, that person becomes infected with the parasite too. Malaria causes the infected person to develop a fever and flu-like symptoms. While most infected individuals recover from malaria, it can cause death, especially in children. Each year there are between 350 million and 500 million cases of malaria worldwide. Over one million of those people die from the disease. Most of the people who die from malaria are children in Sub-Saharan Africa.

The geographic distribution of malaria depends on climate. Regions where the climate is ideal for the Anopheles mosquitoes that transmit malaria parasites, are more prone to the disease. Anopheles mosquitoes thrive in regions with warm temperatures, humid conditions, and high rainfall. Thus, tropical and subtropical areas are ideal. Warm temperatures are also required for malaria parasites to complete their growth cycle within the mosquitoes. At temperatures below 20°C (68°F) the parasite Plasmodium falciparum can not complete its growth cycle in the mosquitoes so it can not be transmitted. However, there is another strain of malaria parasite called Plasmodium vivax which can complete its life cycle in lower temperatures.

The geographic distribution of malaria and the number of infected people are expected to change as climate change continues. Malaria may expand into new regions (see map above). In some areas there will be less malaria because of climate change. For example, in Sub-Saharan Africa, where climate change is expected to decrease rainfall, the number of mosquitoes may decrease and so malaria transmission rates would also fall. The changes in malaria distribution on a global scale are still an area of active research. Despite the strong connection between malaria and climate, there is still quite a bit of uncertainty about future malaria transmission rates worldwide mainly because there are many other factors that affect the spread of the disease including socioeconomic development, drug resistance, and immunity.

Dengue is a viral disease transmitted by urban Aedes mosquitoes. Aedes mosquitoes (also known by the genus name Stegomyia), and especially the species Aedes aegypti (as shown in the photo at the left) often live in close proximity with humans in tropical urban areas. This mosquito lays its eggs in containers filled with water that are found in or around houses, including large containers that are intentionally filled with water such as uncovered jars for drinking water, barrels, and cisterns as well as smaller containers such as discarded bottles and food tins that become unintentionally filled with rainwater. Mosquitoes bite most frequently at times and in locations when sunlight is indirect. This includes outdoors during early morning and late afternoon, at any time indoors, in shaded areas, or any area when the sky is cloud covered.

Dengue is the world’s most important vector-borne viral disease. Approximately one-third of world population currently lives in the warm, moist tropical regions of the world where climate is ideal for the mosquitoes responsible for dengue transmission. Since 1980, dengue has increased dramatically in tropical countries worldwide in the Caribbean, Central and South America, Pacific Islands, Asia, and Africa.

The effect of future climate change on the rates of dengue transmission are complex. On the one hand, areas with higher rainfall and higher temperatures can expect higher rates of dengue transmission because the mosquitoes thrive in warm, moist environments. However, while it seems somewhat counterintuitive, rates of dengue transmission may actually increase in regions that are projected to become more prone to drought. This is because the Aedes mosquitoes which carry dengue breed in containers used for household water storage, and because the need for such water storage containers will increase in areas projected to be more prone to drought as climate continues to change. Thus there may likely be more habitats for dengue vectors in areas projected to become drier.

High level references for your own use (or for upper level students):

EcoHealth (an excellent web site for students) has the following short articles on diseases and climate: 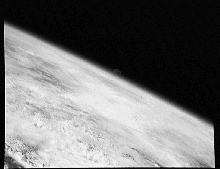 Welcome to the online resources for our Climate Change workshop! This web portal is intended to provide the web links and additional information to those who attended our workshop at the Exhibit Museum....more