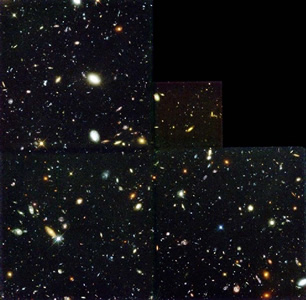 Additionally, the entire Universe is filled by The Cosmic Microwave Background Radiation which gives many clues as to the origin of the Universe.