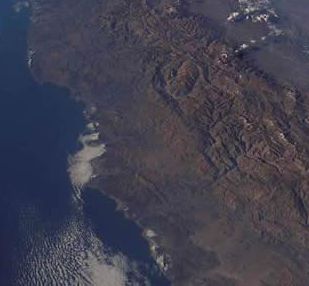 Who is involved with VOCALS?

What did the scientists learn?

What are VOCALS' scientific questions?

The VOCALS scientists are very curious people. They want to find answers to three main questions:

How do small particles in the air affects the formation of stratus clouds and the drizzle they produce?

How do the oceans, atmosphere, and land affect each other in the Southeast Pacific region?

How well do measurements taken by instruments on satellites far above the Earth compare to those made on ships, airplanes, and on the land?

All of these questions must be answered! They are very important to scientists. VOCALS' results will help us to know how the whole Earth's climate is influenced by the Southeast Pacific region.

Scientists must work very hard! It will take time for them to understand the information they collected during VOCALS. They must study the measurements and use them to improve their models of clouds,...more

During the month of October 2008, a team of scientists is going to the Southeastern Pacific Ocean and parts of Chile and Peru. They will make observations and take measurements to learn more about how...more

The Southeast Pacific region contains the world's largest set of stratocumulus clouds. These clouds extend for almost 2,000 kilometers (1,243 miles) off the west coast of South America from central Chile...more