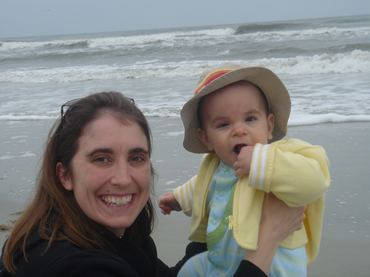 Jennifer has been working with the Windows team since May 1997. She works on the Teacher Resources section, the Ask-A-Scientist section, and many other misc. pages! She's also been doing a lot of outreach for the project at conventions across North America. She holds 2 degrees in Atmospheric Space Science Engineering from the University of Michigan. She also has Secondary teaching certification in Earth Science and Math.

Outside of work, Jennifer loves to be a mommy to the greatest son in the world! She has hiked the Scotland Highlands, attended Space Camp 3 times, and snorkeled the reefs of the Caribbean. Jennifer has just started taking flight lessons and is quite addicted to the fine art of flying! She looks forward to many more adventures!