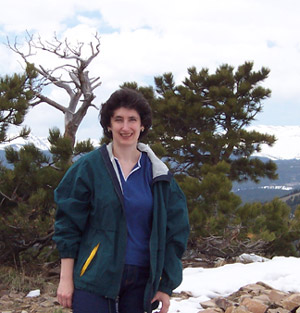 I work for the National Earth Science Teachers Association as the web developer and web admin for Windows to the Universe. I do a lot of front-end and back-end development using many programming languages and technologies. I joined the team in December 2002 and have really enjoyed working on this wonderful project.

I was born and went to college in Moscow, Russia. My undergraduate degree was in Applied Mathematics, and I have worked with computers since high school, starting from stone-age behemoths. I've immigrated to the U.S. in 1992 and received a Ph.D. in mathematics from the Ohio State University in 1999. My dissertation research was about fractals. In the meantime, World Wide Web appeared and I became fascinated with it. The need for instant gratification, which was absent in my academic work, finally made me go back to programming.

Since 2012 I also work for the University at Albany. I develop and support Window to the Universe undergraduate course interface for Earth Science courses.

I am lucky to  live in beautiful Boulder, Colorado. In my free time, I enjoy reading, languages, hiking, traveling, cooking and doing aikido.   I'm married and have a son who also loves math and computers.