Stratocumulus clouds are part of the low cloud group.
Click on image for full size
Courtesy of Carlye Calvin/UCAR

The low cloud group consists of Stratus, Stratocumulus, and Nimbostratus clouds. Low clouds consist of water droplets. The base of a low cloud is from the ground surface to 2000m.
Last modified September 25, 2007 by Becca Hatheway. 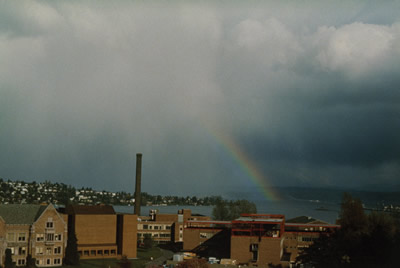 The Arctic or the Earth's Northern Polar Region has pretty extreme weather! Ok, so you know the Arctic is cold, right? But did you know that minimum temperatures of -90°Fahrenheit (-68° Celsius) can be...more