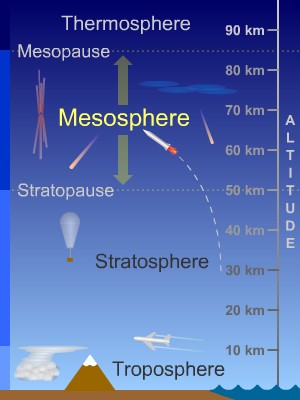 The start of the mesosphere is on top of the stratosphere.

Do you know what the highest clouds in the atmosphere are called? Polar Mesospheric Clouds (PMCs)! These are very special clouds that form about 50 miles above the Earth! They are called Polar because...more