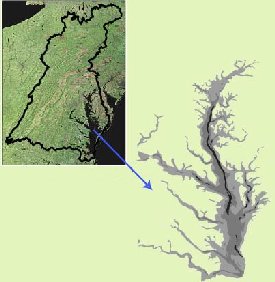 Chesapeake Bay is very special place. It is the largest estuary in the United States.

Humans have to be careful to protect the life in the Chesapeake Bay area. To protect the life in the area, some people are planting new plants around the Bay and others are picking up trash around the Bay. Other people are measuring the Bay's water to make sure it is safe for fish and plants. The HIGH TIDE program helps high schools students to make measurements of the water in the Bay.