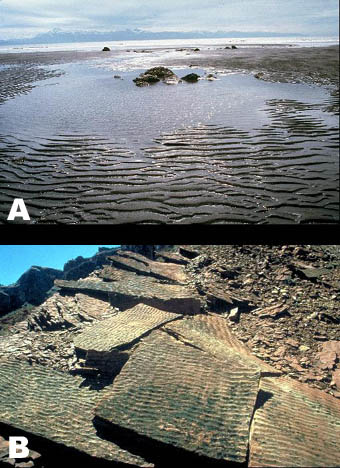 Have you ever been to the beach and nestled your toes in the sand? Over thousands of years that sand might become part of a sedimentary rock!

Many sedimentary rocks are made from the broken bits of other rocks. These are called clastic sedimentary rocks. The broken bits of rocks are called sediment. Sediment is the sand you find at the beach, the mud in a lake bottom, the pebbles in a river, and even the dust on furniture. The sediment may, in time, form a rock if the little pieces become cemented together.