This is an image of the Alvin being recovered by divers.
Click on image for full size
Image from: Woods Hole Oceanographic Institute, photo by Rod Castiac

Deep sea trenches are among the most remote places on the surface of the Earth. They can be a couple miles deeper (6 miles) than the average depth of the ocean floor (4 miles). They are almost inaccessible by human beings because the pressures along the ocean bottom are so extreme.

The Alvin, shown being recovered by divers in this picture, was the first deep-sea submersible. It was designed by scientists to explore the ocean floor, including the deep sea trenches, and can dive deeper than most submarines. Between 1964 and 1999, the Alvin completed 3,535 dives. The average depth for a dive was 1.28 miles (2,055 meters), whereas the average dive duration was 6.85 hours. The total number of people carried by the Alvin was 10,540. So, you can see that most dives carried 3 people aboard. The Alvin helps scientists to carry out research in the areas of geology, biology and chemistry. It also helps inspect underwater structures and search for sunken vessels.

Research vessels like the Alvin allow humans to find such creatures as methanogen bacteria and larger creatures such as tube worms which live near hydrothermal vents along the ocean floor. The next image shows a view of the Alvin underwater.

Scuba stands for self-contained, underwater breathing apparatus. It means that scuba divers carry all of the breathing medium they need with them for the duration they are underwater. Open-Circuit scuba...more

Creatures which live in Harsh Environments

On Earth, we know that there are many types of living things that are able to live in difficult environments. The picture to the left shows an example of some of these creatures. These are tubeworms that...more

The Abyss: Deepest Part of the Oceans No Longer Hidden

The Abyss is a dark, deep place, but it's no longer hidden. At least when Nereus is on the scene. Nereus is a new type of deep-sea robotic vehicle, called a hybrid remotely operated vehicle (HROV). Nereus...more 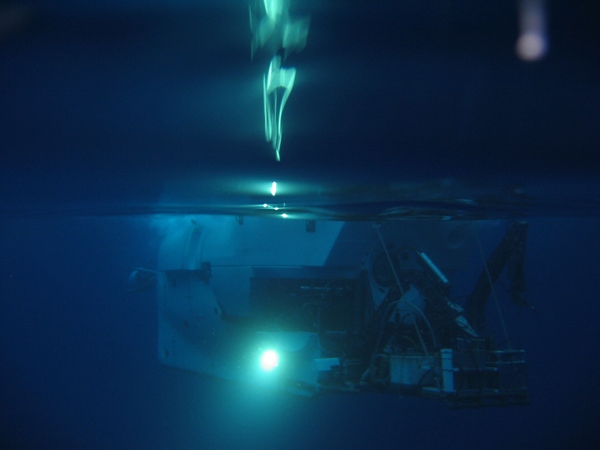