Leaves As Old As Dinosaurs!

Wonder why you never see a dinosaur in your yard? Well, they are extinct of course! So, there are no more of them living on Earth. Dinosaurs became extinct 65 million years ago. They were not the only...more 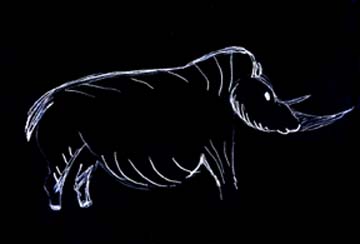 Scientists in England have found some old bones! They found the fossil bones of an ancient woolly rhino that have been protected within rocks for thousands of years. Today, rhinos live in warm places...more

You probably know that dinosaurs are extinct. That means they are no longer alive today. Millions of years before the dinosaurs roamed the Earth, there were plants and other animals alive. There were fish,...more