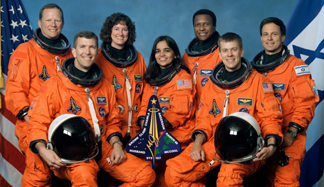 Only two days after the tragic loss of the Columbia shuttle and its crew, a NASA-led investigation is in full force. Many civilians want to know if they can help at all. Here's how!

If you have any photos or videos of the incoming Columbia space shuttle, please upload them here. If you see debris from the accident, contact NASA immediately at Johnson Space Center Emergency Operations Center, (281) 483-3388. Do NOT handle the debris as it might be covered with toxic materials!

Mourn with those who mourn. There will be a memorial service for the lost astronauts February 6 at 10a.m., EST, at the National Cathedral in Washington D.C. The service can be viewed on NASA TV or on the internet.