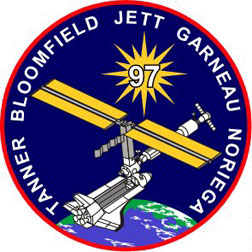 The shuttle crew will work with the three-man crew aboard the Alpha space station. Together the 8 men will install the huge solar arrays which will quintuple the station's electrical power. Three space walks will be performed to accomplish this task. The boost in electrical power will help power the many science experiments to be perfomed onboard the station. Eventually, there will be 3 sets of solar arrays.

The shuttle is scheduled to dock with the International Space Station on Saturday, at 1:57 CST. The shuttle will return to the Kennedy Space Center after 11 days in space.