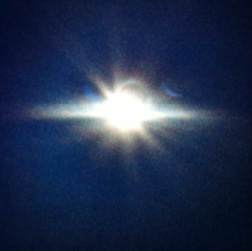 It will take many more months before the final decision, but scientists are already studying the latest data. The last solar eclipse of the millennium served as a great opportunity to test a phenomenon found by Maurice Allais in 1954. Allais believed that a solar eclipse can affect Earth's gravity.

The scientists in charge of the experiment have received most of the data. Pendulums were set up in many countries, with some in the path of the eclipse and others not. Some of the early results are interesting.

The results were taken by only looking at the video. The tapes will be studied frame by frame, which will allow scientists to analyze them very closely.