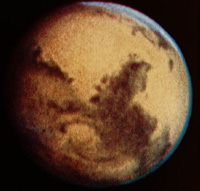 This first movie is a panoramic view of the Sagan Memorial Station. Click and drag on the image to navigate around the panorama.


This second movie is a 3D panoramic view of the Sagan Memorial Station. You will need red/blue glasses for 3D viewing. Again, click and drag on the image to navigate around the panorama. Please be aware that this movie could take a considerable time for down-loading.


If you have an older browser and cannot display the QTVR panoramas, you will need to install the QuickTime plug-in v1.1 and follow these instructions. Make sure to download the right software for your machine (i.e., choose between Macintosh, Win 95, etc.)