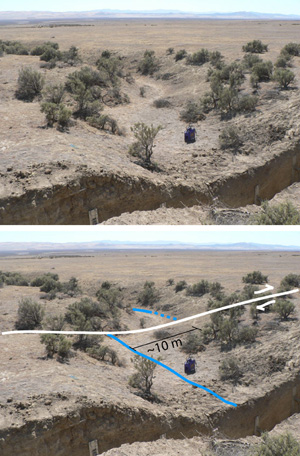 Scientists have taken a new look at the San Andreas Fault in Southern California. What they learned might change our understanding of faults and earthquakes.

To better understand the fault, the scientists took measurements of the Earth's surface. They used a tool that gave them very detailed pictures of the fault. They used the pictures to look at stream channels that cut across the fault. As the fault moves over time, these channels are split apart so that the downstream part no longer matches up with the upstream part. With their new measurements and the detailed pictures, the scientists were able to figure out when earthquakes split the channels apart in the past.