The construction of NASA's Lunar Prospector has been completed. This spacecraft will travel to the Moon in September 1997 to make the first complete compositional and gravity maps of the Moon.

The Lunar Prospector's mission will be a profound one. Over 75% of the Moon's surface is not mapped out in detail. In addition, there are several mysteries about the Moon's composition and internal processes. The Lunar Prospector will provide information about all of these inconsistencies by mapping out the lunar surface composition, and gravity/magnetic fields. In addition, the craft will try to detect any kind of volatile activity on the Moon, and detect whether or not the Moon's poles contain water ice.

The Lunar Prospector's mission is expected to last one year, and will have a polar orbit about the Moon. The craft has a mass of 660 pounds, and is 4.5 feet high by 4 feet in diameter. Solar cells have been added to the craft to provide additional power. Five instruments are located on the spacecraft, including a gamma-ray spectrometer, alpha particle detector, magnetometeer, electron reflectomer, and a Doppler gravity detector.

Several tests of the newly built craft will take place over the next several months. The craft will be tested for functional and environmental safeties.

The Lunar Prospector was built by Lockheed Martin Missiles and Space Corporation. The cost of the craft and its mission are estimated to $63 million.

Comet Hale-Bopp is expected to give a spectacular show to the world as it reaches peak brightness in the skies this month. According to an update from the European Space Observatory, Hale-Bopp is set...more 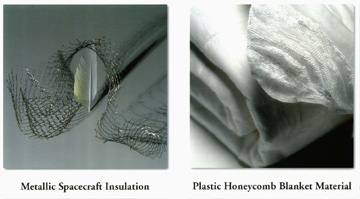 Recycle those milk jugs...they could help save a life!

We all know that milk "does a body good." Who knew that plastic milk containers could save lives in an emergency? In an attempt to find the perfect lightweight metal insulation for spacecraft, NASA created...more 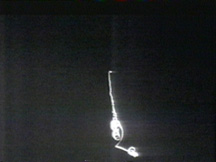 NASA and the Italian Space Agency (ASI) have released the report of the investigative board appointed to determine factors which resulted in the Feburary 25 tether break and loss of the Tethered Satellite...more