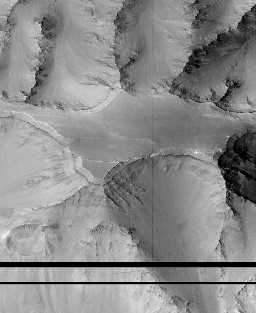 Valles Marineris is a large system of canyons, shown in this image, that stretches 4000 km (2500 mi) along the equator of Mars. It was first imaged in detail by Mariner 9. The scene to the left (centered...more