MILAGRO takes place in Mexico City, the capital of Mexico and one of the largest cities in the world with approximately 22 million inhabitants. Prevailing winds usually blow the city's air pollution to the northeast in a plume that extends over the Gulf of Mexico.
( 437K JPG)

This is a computer generated 3-D rendering of the landscape surrounding Mexico City.
( 105K JPG) 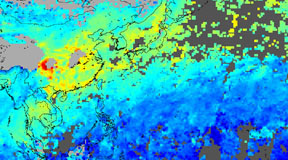 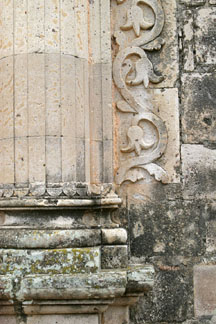 This building in Copola, Mexico, has been damaged by acid rain. ( Courtesy of UCAR Digital Image Library)
( 159K JPG)

This is a photo of the Veracruz International Airport. ( Courtesy of UCAR)
( 52K JPG)

This is a photo of the Gulfstream airplane. ( Courtesy of the DOE)
( 50K JPG) 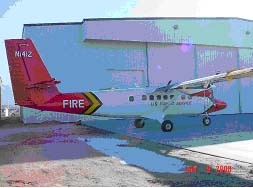 This is a photo of the Twin Otter plane. ( Courtesy of the US Forest Service)
( 15K JPG) 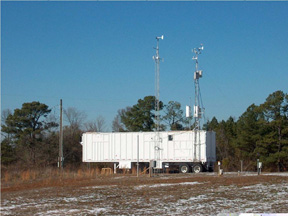 This is a photo of a mobile lab. ( Courtesy of Georgia Institute of Technology)
( 196K JPG)

A scientist prepares to launch a radiosonde. ( Courtesy of the Digital Image Library, UCAR)
( 512K JPG) 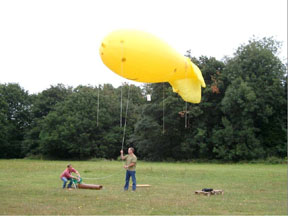 Researchers with a tethersonde. ( Courtesy of the DOE)
( 121K JPG) 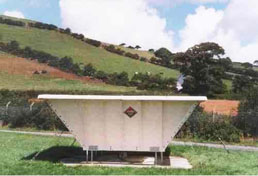 Wind profilers such as this one will help MILAGRO researchers measure wind speed and direction. ( Courtesy of NSF)
( 49K JPG) 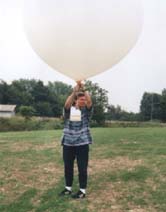 A scientist prepares to launch a balloon with an ozonesonde and radiosonde attached. The dual instruments will collect ozone and weather information at heights up to 115,000 feet (35 km). ( Source: MILAGRO Image File)
( 62K JPG) 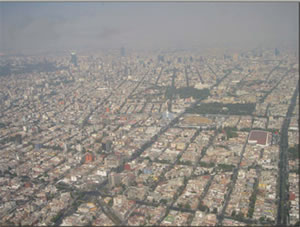