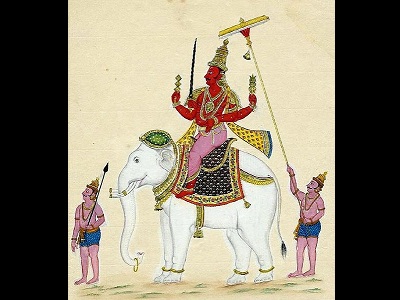 Hinduism is the oldest Indian religion. Hinduism is based on some antique sacred writings and ...Read more

According to Hinduism, every part of the cosmos is seen as an action of a god. Time is the ...Read more

According to the epic Mahabharata, composed in about 500 B.C., the stars of the Big Dipper ...Read more

Garuda is an ancient Indian mythological creature, believed to be a devourer of serpents and ...Read more

Did you know that black holes have such high gravitational pull that not even light can escape? Find out more about other strange stuff in space!

Do you want to build your own custom comet?

Do you know what this word or phrase means?
Quaternary
xQuaternary : The Quaternary is the geologic time period comprising about the last 1.65 million years.