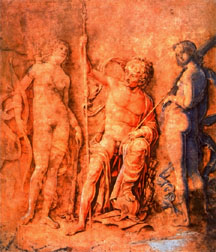 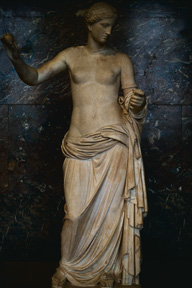 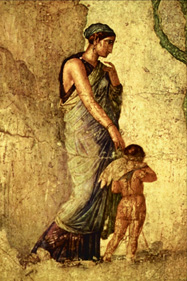 Symposium of the Gods(172K JPEG).
Left section of the freeze (c. 525 B.C.) of the treasure of Siphnioi. Delphi, Greece. From left to right we can see Aphrodite, Artemis, and Apollo.
Image courtesy of the Superintendency (Ephoria) of Prehistoric and Classical Antiquities in Delphi. Greek Ministry of Culture-Archaeological Receipt Fund. (c) Greek Ministry of Culture. 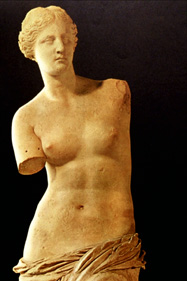 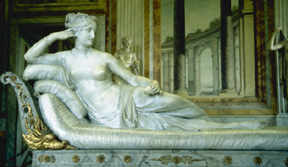