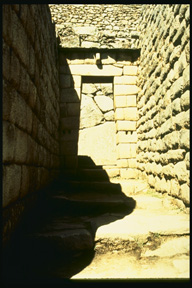 Inti ordered his children to build the Inca capital where a divine golden wedge, they carried with them, would fall to the ground. Incas believed this happened in the city of Cuzco, which has been founded by the Ayar.