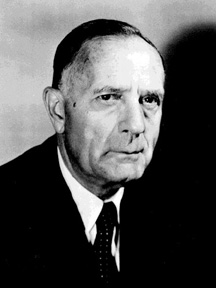 Portrait of Edwin Hubble
The Archives, California Institute of Technology

Edwin Hubble was an American astronomer who lived between 1889-1953. His observations of galaxies helped him develop the idea of an expanding universe, which forms the basis of modern cosmology, the study of the origin of the universe. He also discovered a relationship between a galaxy's speed and its distance.

Hubble's studies were interrupted by service in both World Wars. The Hubble space telescope, currently on an observation project in space, bears his name.