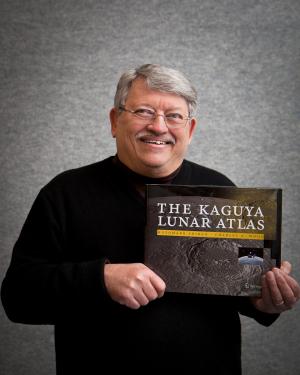 I am a planetary scientist who has studied the Sun, Mercury, Venus, Earth, Moon, Mars, asteroids, meteorites, the satellites of Jupiter and Saturn, and comets. Sometimes I feel the solar system is too small for me. But then I look out the window or thru a telescope and realize that I really don't understand much.

Like many scientists I became interested in science as a young person when I observed an eclipse of the Moon. I read science fiction and followed closely the American space program.  As a college student I earned degrees in astronomy, geophysics and planetary science, along the way starting to give talks to students about the Moon and volcanoes, my two favorite topics in the universe. I interrupted formal education twice to teach in the Peace Corps in Kenya and then later to conduct geologic research in Ethiopia - both were tremendous learning experiences.  I spent a year hitch-hiking through Africa, the near east and Europe, and recommend it to everyone.  I have written dozens of research papers, presented hundreds of professional talks, written four books and a monthly column for Sky and Telescope magazine since 1999. I blog nightly for the Lunar Photo of the Day website and maintain the Moon Wiki website which is the largest single source of information about lunar craters, mountains and lava flows.

For the last two decades I have led educational technology programs to infuse learning with the instant access to knowledge and real data that is transforming science. School is boring, so how can we make it more like scientific research. How can we capture the minds of students with exciting challenges of understanding important things? That is what education should be about. That and exploring the world.

Richard Feynman was an American physicist who lived between 1918-1988. He was one of the most influential theoretical physicists of the twentieth century, contributing to many areas of physics including...more

Stephen Jay Gould was an American paleontologist and evolutionary biologist who was born in 1941. He revised Darwin's theory of evolution, introducing his own concept of punctuated equilibrium. This states...more

Evelyn Granville is an American mathematician who was born in 1924. She was one of the first black women in the United States to receive a Ph.D. in mathematics. She has made many contributions to NASA's...more

Stephen Hawking is an English astrophysicist who was born in 1942. He is a leader in the fields of theoretical physics and cosmology (the origins of the universe). Hawking is famous for his studies of...more

Gerard Kuiper was an American astronomer who lived between 1905-1973. He is considered the father of modern planetary science for his brilliant study of our solar system. Kuiper developed a new technique...more

Hermann Oberth, born in Transylvania, Romania, was a physicist who lived between 1894-1989. He became convinced that space travel was possible at an early age, inspired by a Jules Verne science fiction...more

Linus Pauling was an American chemist who lived between 1901-1994. He was the first person to apply quantum mechanics to chemistry, and made great progress in the field of molecular biology. Pauling first...more