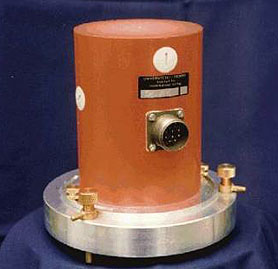 How do scientists measure space weather? Let's take a look!

Solar astronomers use a coronagraph to view the Sun's atmosphere. They use spectroscopes to detect the different kinds of elements in the Sun. A new technique called "helioseismology" even lets scientists "see" inside the Sun!

The Sun gives off light, but it also shoots out radiation. When radiation particles from the Sun get to Earth, radiation detectors on satellites and on Earth measure their types and energy levels.

When radiation from the Sun hits Earth's atmosphere, the radiation can make the atmosphere "glow". The aurora, or Northern and Southern Lights, are an example of this. We can study such "glows" and take pictures of them from Earth or from space.