Photographs of the Newgrange Passage Tomb 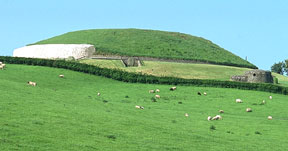 This is a photograph of the Newgrange area. You can see the tomb is located on a gently sloping hill. The sheep in this photo will give you perspective on how large this tomb is! 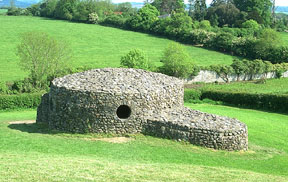 This is the portal stone of Newgrange.

This is kerbstone 52 on the northern perimeter of Newgrange. It shows some of the carved designs that could very well be pictures of the Sun.

This is a close-up photo of the Newgrange passage tomb. Again, you get perspective as to how big the structure is by the people standing in the picture. It is estimated that it would have taken a workforce of 300 at least 20 years to construct Newgrange, because it is so big! 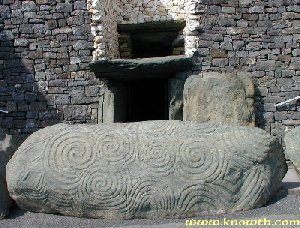 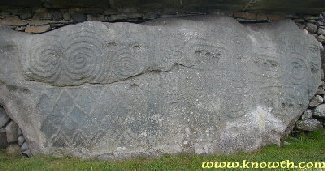 Another photo of kerbstone number 52 at Newgrange. There are actually 97 kerbstones that surround the main Newgrange mound. Many are decorated as can be seen in these images. 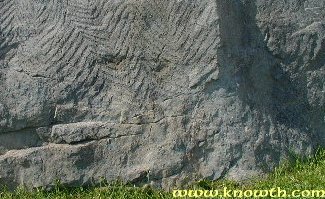 This is kerbstone number 93 of Newgrange. 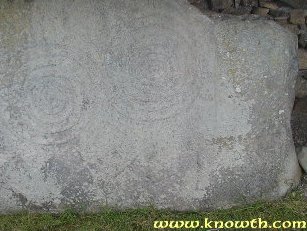 This is kerbstone number 67 of Newgrange. This pattern is known as S-shaped spirals or returning spirals since the spirals feed into each other.