Weather balloons are used to carry weather instruments that measure temperature, pressure, humidity, and winds in the atmosphere. The balloons are made of rubber and weigh up to one kilogram (2.2 pounds).

The information collected from the instruments on weather balloons are used to learn about current weather conditions, to help meteorologists to make weather forecasts, and to collect data for other scientific research projects. Weather balloons carry instrument packages that are called radiosondes. Scientists have been using them since the 1930s.

To gather information for weather forecasts, weather balloons are launched twice a day, every day, from 800 locations around Earth. They are launched at the same time all over the world. The balloons rise more than 24.14 kilometers (15 miles) while collecting data.

In addition, weather balloons are used to collect data for specific field research projects about things like air pollution or climate change. Scientists often launch weather balloons from land vehicles, ships, and airplanes to collect measurements for these projects. In some cases, scientists send signals to the instruments on the weather balloons when they want them to release an instrument package into a storm. Then the instrument package transmits the data it collects to a weather station on the ground. In other instances, scientists use a Global Positioning System (GPS) to track the weather instruments so they can know the wind speed and direction at different heights in the atmosphere in different parts of the world. 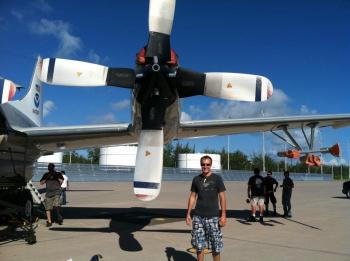