The Cnidaria phylum consists of animals with stinging cells called cnidoblasts. This includes corals, jellyfish, anemones and hydroids. Cnidarians do not have a head, and commonly look like a flower. The petals are actually tentacles which contain the cnidoblasts. There are over 9000 species living today.

Corals are often mistaken by amateurs to be plants. For example, the coral in the image are on the left, the right side is full of plants! In reality, there are both soft and hard corals, but all of them are animals. Hard corals form coral reefs, which serve as the base for important ecosystems. Without them, many marine animals would become extinct. Hard corals have two parts: a hard outer shell called a corallite, and soft tissues called polyps. Corals are so pretty that some people make reef aquariums.

Jellyfish are different from corals in that they can move around in the water. The typical jellyfish has a round, bowl-shaped top with tentacles handing down. Although they are very pretty, jellyfish should be avoided because their stings can be very dangerous. They come in a range of sizes, from a few inches to 3 feet. Flecker's Box-jelly is the largest jellyfish and also the most dangerous. It is responsible for hundreds of deaths.

Massive swarms of stinging jellyfish and jellyfish-like animals are transforming many world-class fisheries and tourist destinations into veritable jellytoriums that are intermittently jammed with pulsating,...more 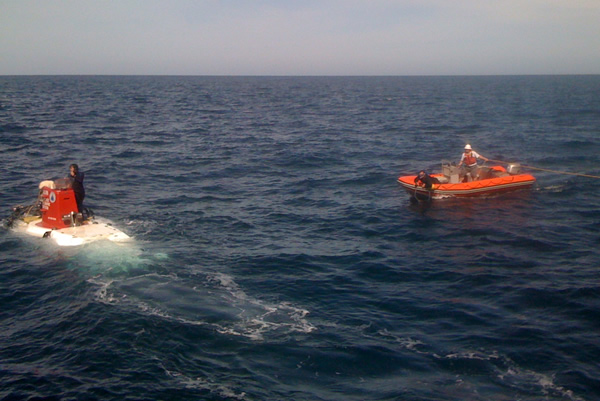 A rare opportunity has allowed a team of scientists to evaluate corals--and the essential, photosynthetic algae that live inside their cells--before, during, and after a period in 2005 when global warming...more