In some of the deepest parts of the ocean, at the bottom of the continental slope, a vast underwater plain can stretch for thousands of miles. While people cant make their homes there, many other animals do. Can you spot any of these sea creatures in (A) living amidst the muddy sediment? At times, an avalanche of sand and mud rumbles down the continental slope and forms a thin layer. This underwater avalanche is called a turbidite. You can see many layers from ancient turbidities in (B).

How do people get to the deep sea? Using a submersible like Alvin!


(A) Martin Miller, University of Oregon, courtesy of Earth Science World Imagebank and (B) Courtesy of NOAA. 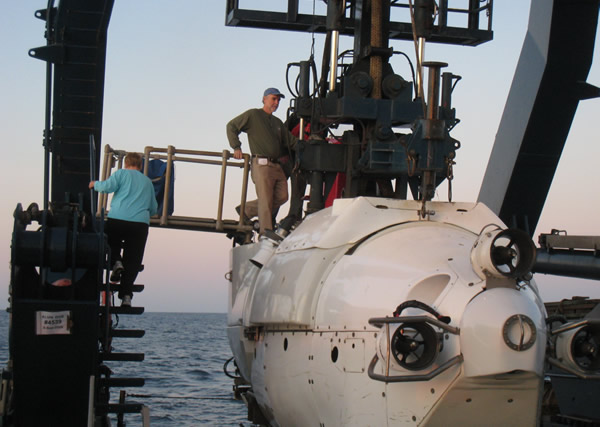