HESSI is NASA's newest solar science mission. The total cost of the HESSI mission is $85 million. This includes the spacecraft, launch vehicles, mission operations and data analysis. So, this costs covers all expenses from when HESSI was still on the drawing board to when the mission ends. Still, it would be an awful lot of money to throw away!

So, when it turned out that the Pegasus rocket designed to boost the X-34A hypersonic vehicle went out of control on June 2nd and had to be blown up, NASA got a little nervous. You see, HESSI was suppose to be launched June 7, 2001. The Stargazer L-1011 aircraft was to take off from Cape Canaveral in Florida carrying HESSI and its Pegasus rocket booster into the air. The aircraft would release the rocket which would boost HESSI to its circular orbit about 373 miles above Earth. NASA engineers want to make sure there isn't a generic problem with the Pegasus booster rockets before sending HESSI off into space (aboard a Pegasus rocket!). HESSI's launch has been delayed until at least June 20, 2001. If the launch has to be delayed past June 23rd, the internal batteries on the Pegasus rocket will expire and the rocket and satellite will have to be sent to Vandenberg Air Force Base in California in order to swap batteries! So, you can bet that there have been many late nights for the X-34A investigators as they try to determine whether or not HESSI is ok for take-off aboard its Pegasus rocket. 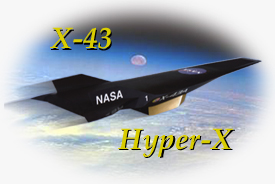