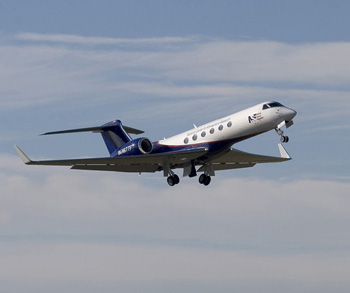 News from NSF: Scientists Take off on Historic Mission to Measure Greenhouse Gases That Have an Impact on Climate

An airplane designed for science research is flying from the Arctic to the Antarctic. Along the way it is measuring the amount of heat-trapping carbon dioxide and other greenhouse gases in the atmosphere.

The plane that will make the trip and collect the data is called HIAPER. Its a Gulfstream V jet that has been customized for scientific research. Instead of all the seats that fill planes made for transporting people, HIAPER is filled with 5,600 pounds of scientific equipment.

The project, which is called the HIAPER Pole-to-Pole Observations mission (or HIPPO for short) will cover more than 24,000 miles, sampling the atmosphere in some of the most remote regions of the world.