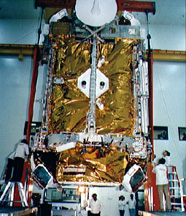 Primordial black holes are really small because they aren't formed by gravitational collapse. When a black hole is really small it will emit a lot of energy. We have tried to detect this energy but we haven't been able to.

Energy doesn't disappear into a black hole. Einstein proved that matter and energy are interchangeable. (This was his equation E=mc2.) After a primordial black hole has formed, it still has a mass. This mass exerts a gravitational force on the other matter, so there shouldn't be any discrepancies with the standard model of the universe.