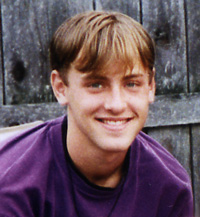 Tobias Mixer has been on the Windows to the Universe crew as 3D visualization and digital image creator and editor since October '95. He is working as a StrataStudio and Photoshop guru for graphics development within the site, taking requests for various needs of scientists and other authors. Currently a Senior studying fine art at the University of Michigan, Tobias intends to master stone carving, digital photography and the art of casting metamorphic wax creations. For recreation he enjoys kicking the footbag, working with wax, motorcycling, and creating 3D animation. Long term goals include working for Lucas Arts, creating captivating StarWars games, and climbing Everest. He would like to add that Frisbee is the ultimate event.