Asteroids are small bodies that are believed to be left over from the beginning of the solar system 4,600 million years ago. They are rocky objects with strange shapes up to several hundred km across, but most are much smaller.

Many thousands of asteroids lie in a belt between Mars and Jupiter. Scientists think that this debris may be the remains of an early planet, which broke up early in the solar system. Several thousand of the largest asteroids in this belt have been given names.

The Winter 2010 issue of The Earth Scientist, which includes articles on meteor cratering, classroom glaciers, podcasts in the classroom, and pyro-cumulonimbus clouds, is available in our online store.

NASA is going to send a spacecraft to visit an asteroid. Two countries will work on the space mission - Japan and the United States. The name of the asteroid is Nereus. Nereus is a small asteroid. It is...more 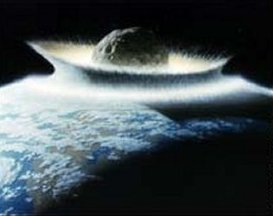 Did you know that asteroids can crash into the Earth? Don't worry, it probably won't happen, but there is a chance. So scientists are watching as many asteroids as they can, just in case one heads to...more 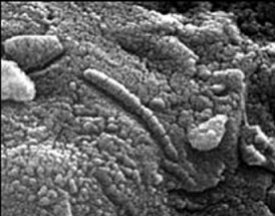 Did we come from Mars? Scientists say that tons of rocks came to Earth from Mars many years ago. These rocks broke off of Mars when asteroids ran into it. They say that tiny organisms called microbes...more

The NEAR spacecraft has been in orbit around the asteroid Eros since Valentine's Day of last year. That was the first time a spacecraft ever orbited an asteroid! Now NEAR will attempt another first --...more