Pollution from automobile engines is a major source of ingredients for photochemical smog.
Click on image for full size
UCAR

Ozone in the troposphere

Smog is a type of air pollution. Smog is a mixture of smoke and fog, hence the name (SMoke + fOG = SMOG). Victorian-era London was famous for its thick smogs, which resulted from the city's frequent, naturally occurring, heavy fogs that combined with smoke from coal fires which were used to heat homes.

The main components of photochemical smog are nitrogen oxides, Volatile Organic Compounds (VOCs), tropospheric ozone, and PAN (peroxyacytyl nitrate). All of these substances are very chemically reactive and are irritating to humans and other living things. They tend to smell bad, degrade materials, cause respiratory problems and illnesses, and irritate the eyes and other mucous membranes.

Some of the compounds in photochemical smog form when energy from sunlight transforms various pollutants into other unpleasant substances. For example, PAN forms when VOCs that have been altered into other chemicals by photodissociation combine with nitrogen dioxide.

Smog is obviously a major problem in many large urban areas, especially those with a lot of automobile traffic. Some of the constituents of smog can also be carried by the winds far from where they were formed, inflicting rural regions with the pollutants from large cities.

PAN (Peroxyacytyl nitrate) is a toxic chemical that is an important component of smog. PAN is a gas at normal temperatures and pressures. Its chemical formula is C2H3O5N. PAN molecules are composed of...more 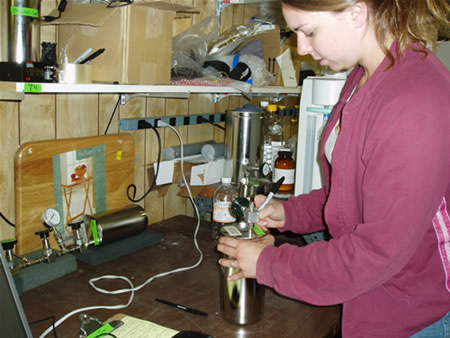 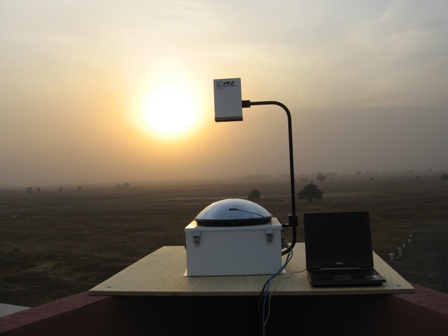 Things are quite busy here at T1 and we are all anxiously awaiting the delivery of the 3 NCAR seacontainers. The past few days have been quite polluted as you can see from this photo from the roof of a...more