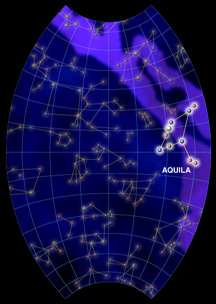 The constellation Capricornus represents the figure of either a goat or a sea-goat in the sky. Capricornus is also a member of the Zodiac, a special group of constellations that the Sun travels through...more