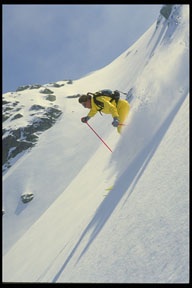 Have you ever seen a snowball the size of a basketball? Well, this last week some fell in Spain! So far 15 giant snowballs have crashed into houses, cars and even a person!

Scientists are studying the balls to find out what they are made of. They may be fuel from a plane or pieces of a comet. So next time you go outside, better look to see if any giant snowballs are coming down!