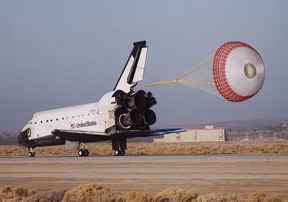 The shuttle Columbia just returned after flying in space for 16 days! That's a long time to be away from home!

What would you bring with you if you were going into space? The astronauts on Columbia brought with them fish, snails, rats and crickets. These animals were part of tests that scientist wanted to do to learn more about the nervous system.