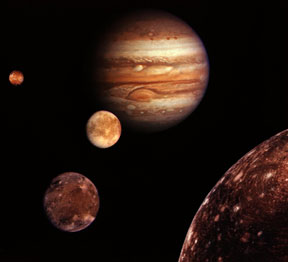 Astronomers have discovered twelve new moons of Jupiter so far in 2003. Jupiter now has a total of 52 moons that we know of. Jupiter, the largest planet in our Solar System, has more moons than any other planet. Astronomers think there may be as many as 100 small moons orbiting Jupiter! So we may discover many more moons around Jupiter in the future.

All of the new moons are very small. They are between one and four kilometers in diameter. The moons were discovered using telescopes on the top of a volcano called Mauna Kea in Hawaii.