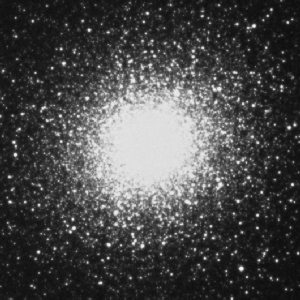 Globular clusters like this one are full of colliding stars.
Click on image for full size
the Space Telescope Science Institute and NASA

Scientists have found that stars crash into each other all the time! There are a lot of young stars in clusters. Sometimes there isn't enough space, and two stars collide together and make a new star.

Scientists say this even happens right here in our own Milky Way!