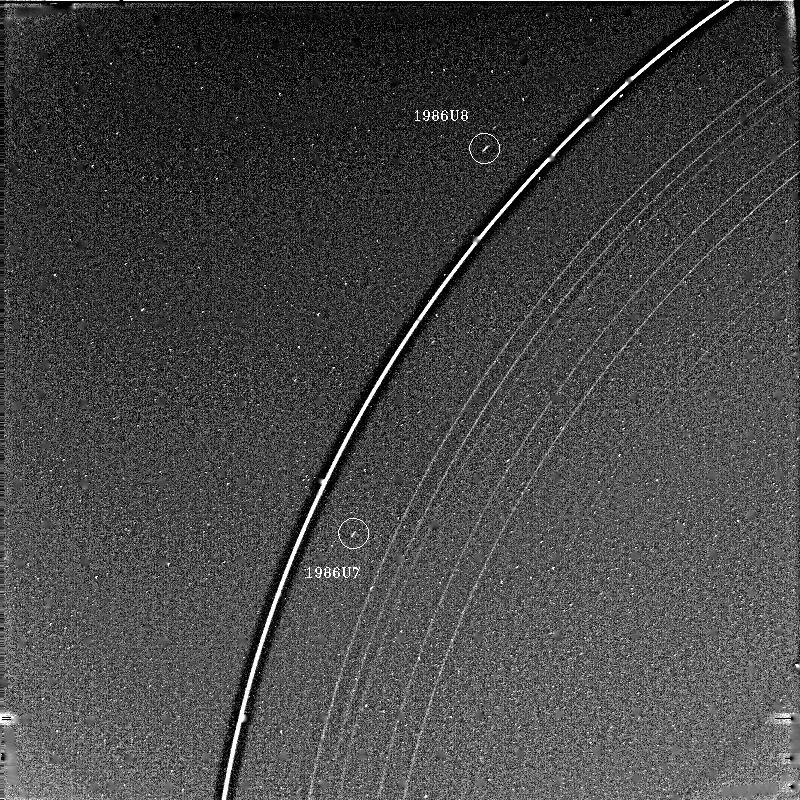 Scientists found two of Uranus' moons... again! Voyager II first discovered Ophelia and Cordelia in 1986. They are too small to be seen from Earth. Scientists tried to find the moons again but they couldn't!

Now scientists are looking at pictures of Uranus taken by the Hubble Space Telescope. They know the two moons are on either side of one of Uranus' rings. They studied the pictures and found the moons!

Uranus has more moons than any planet in our solar system. We know it has a t least 20 moons.